I am watching horror movies and thinking to myself, “When was the demarcation of stupid?”
Seriously?  You’re being hunted by a savage killer…so you shine your flashlight around all “Here I am! <for the quote,11.14>”

Anyhoo… See you kids tomorrow with an actual blog post.

PS
If you have never watched “Zorro the Gay Blade”, then I pity and shame you.  Seriously good fun.  And REALLY terrible accents. 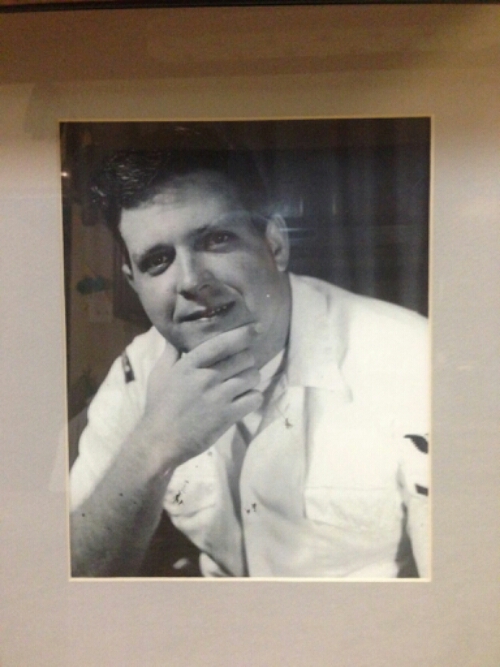 Some folks don’t want to talk about it. And that is fine. Beyond this post, I am not talking about it, either. Some other numbers, for your consideration.

Revolutionary War (1775-1783) Casualties: More than 25,000 American Revolutionaries died during active military service. About 8,000 of these deaths were in battle; the other 17,000 recorded deaths were from disease

World War I (1914-1918) Casualties: The total number of military and civilian casualties in World War I was over 37 million

We’re very good at record keeping, especially of the deaths caused by our other seeming talent. War.

I’d like for us to get good at other things. I love this country. I love this world. I think we’re capable of so much more.

I’m out. Gonna go hug my beloveds and tell them how much they mean to me. PEACE.

I was going to write about something else today. Something funny or witty, full of bad puns and a truly hideous amount of pop culture references. I remember thinking about it while I was showering this morning.

It all fell out of my head when I sat down to Twitter and Facebook with my coffee.

My feeds were full of people loudly talking about domestic violence. Hash-tagged with #WhyIStayed, folks were describing the thoughts and reasons that they stayed in abusive relationships.

Post after tweet, humans were revealing their innermost feelings of helplessness and worthlessness. They were speaking a language of fear and oppression, one with which I am unfortunately completely intimate.

One of the people talking was my beautiful best friend.

Of course, I had known the relationship she used to be in was damaging. She and I had spoken about it so many times. Over iced tea and margs, pizza and queso, discussion after discussion. The conversations were uncomfortable, to say the least. It felt like she wasn’t listening, that she didn’t hear me. I knew whereof I spoke, after all. I had experience and she should really listen to me and follow my advice. However, she assured me that she knew what she was doing. She had a plan and it was working. I wanted to believe her. I wanted her to know what she was talking about. I wanted her to not be in a place that was slowly killing her spirit.

I just wanted for it to not be happening.

Years later, I know the truth: she did hear me. But, the noise from her abusive partner and the emotional damage he had done to her was far louder. She stayed in the relationship until the moment her tremendous mind gave her an ultimatum.

Leave. Or find us room at the nearest mental hospital. We. Cannot. Do This. ANYMORE.

We’re just going through a rough patch. We are in couples’ counseling and working on it.

He was so badly abused in his early years, and he is working on himself. He is getting better, I see progress all the time.

I can fix him.

I can never, ever apologize enough to my dearest friend for not being more proactive. I should have followed up and been more …I don’t know, something. Less head-in-the-sand. Less willing to take the comfortable and safe route.

I blame some of my inability to decisively act on my past. There is a shattering of self that comes with chronic abuse. The more of it that happens, the more fragile the psyche can become.1

You feel a need to retreat from any confrontation because it might lead to something even worse. Arguing is bad. Trusting people is dangerous. Always check your six and a Crazy Ivan isn’t so crazy when it works.

It is a habit that is hard to break and hard to imagine if you have never been traumatized.2 And it can get progressively worse if you aren’t on top of it with therapy and mindfulness. To this day, I can be startled by someone I can see walking towards me if they say “Boo!” Say it, mind you. Not scream it. Not jump at me with it. Not leap out from hiding. Nope. All they have to do is just say it in a slightly louder tone. Approaching me from the side can also badly startle me.3

It doesn’t help that the media has portrayed abuse in the past as justified or trivial or something to be made fun of.

I have no answers except to say that I am listening. I have the tea ready and a pizza on the way, if you’re hungry. Let’s talk. I promise to do better this time.

1– Of course, there are exceptions to this. Some folks come through traumatic experiences with an aggressively zealous mindset. They will never be victims again, and will kick the ass of any who try to make them such. Kudos to them, I say.

3– Unfortunately, one of my startle reactions is anger. Which fuels the anxiety, which makes me angrier. It is a vicious cycle that I have worked really hard to try to learn how to defuse.

Do you write backstory ideas for your characters down?

I do.
Sometimes, they’re really awful. Sometimes, they’re pretty good. Mostly I wind up not using them. The below was for a character in a short story I wrote. I didn’t use any of it, but I really liked the imagery in this piece.

There had been better days, she knew. A time before violence was commonplace. Now, it seemed to be the only currency that people understood or accepted. She thought back to the wet, green rice fields surrounding the tiny village where she’d spent her teen years.  There had been a small monastery at the outskirts. Monks with shaved-pates and flapping orange dhoti had wandered the muddy streets, offering manual labor to any who needed help. They didn’t ask for anything in return, simply smiled a gapped smile and moved on to the next villager. She’d once helped them to remove a recalcitrant nanny-goat from a tree. Frightened by the backfire of a passing truck it had ninja-jumped from feeding trough to the tree. The poor thing had been bleating and peeing in her distress. The monks had just laughed and joked about the situation. A goat in a tree! They had laughed that goat down and into her owner’s arms.

The Girl:  Moooooooooom!  Come help me decide what video game to play.
ME:  Ugh! Why can’t you make up your own mind about this sort of stuff?
TG:  Well, if I play too scary of a game, I will be up all night. But, the other ones are boring.
ME:  Here. Try Max Payne. You get to be a hit man.
TG:  Like an assassin, eh? I’ve done that.
ME:  Pfft, like when?
TG:  *sinister, quiet whisper*  Mister Man hired me.
ME: 0_o

TIME TO REGISTER TO VOTE